A Few Ways To Promote Your Music 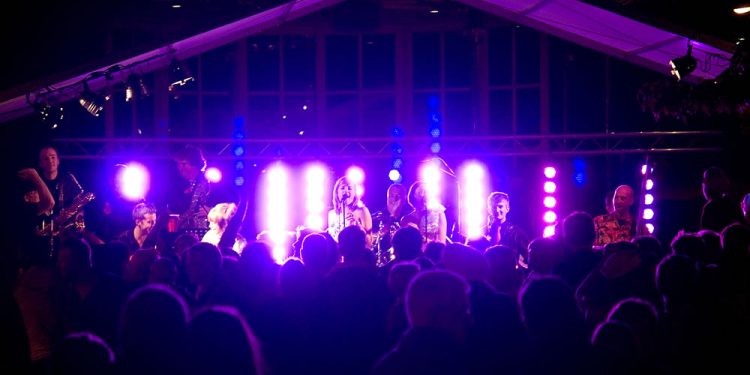 1. Market Yourself As A Business To Business Musician

Ok, so here’s a huge tip I can give you:

So I know some of you will be wondering what I mean by this. What I mean is that you should spend a good portion of your time contacting event organizers, radio stations, websites that cover your genre of music in some way, TV channels, DJs, musicians who are more established than you, and the like.

What do all of the above have in common? They have a much bigger audience than you, and within their audiences are people who will fit into your ideal fan base!

While a lot of musicians spend lots of time grinding it out trying to make new fans one by one, more successful and full time musicians often spend more time building up relationships with people who can get their music out there better than they can. The thing is, if you get in good with bigger companies and they recommend you to their audience, you’ll get a lot more exposure from that one article / event / show / interview than you would from spending a month on Facebook and Twitter trying to get new fans from scratch. That’s why it’s worth investing time and effort into forming these kinds of relationships.

Now I’m not saying don’t market to fans individually. You should, but usually only once they’re already on your social sites and mailing list. In terms of actually getting people to hear you the first time around, getting other established businesses to promote you is one of the best ways to go about doing this. So switch your target audience and start focusing more of your efforts on other businesses. And remember, as a musician, you are a business!

2. Focus A Good Portion Of Your Time On Gigging

Focus on Gigging is one of those golden activities every musician should be doing! Not only can it be great for raising awareness of your brand, but it can also be monetized in multiple ways, and help you build a strong relationship with your core audience.

Now playing gigs isn’t anything new or ‘out there’. That said, it’s something that works, and works well.

In terms of promotion, some of the best gigs you can do are events which have other acts in your genre also playing at the event. This will mean the audience will contain one or two types of people who you’ll want to target:
1.Fans of other musicians in your genre, or
2.Fans of your genre in general.

For gaining NEW fans, this is the kind of audience you want! While for increased revenue you’d want to put on your own gigs and make it all about you, you won’t get very many people first discovering your music at these kind of gigs. Because of this, they won’t do much in terms of increasing your fanbase. When playing at shows with multiple artists however, you have a good chance to get your music in front of new targeted music fans.

Gigging is great for both gaining new fans and making money from the music industry, so be sure to get your gigging game on!

With so many new acts coming out every day, it can be hard to stay top-of-mind. Yes, someone might hear one of your songs and like what you’re doing, but if you don’t keep giving them more content and keep them entertained in some form of another, there’s a good chance that they may forget you.

It’s because of this that you’ll want to take advantage of your website, and employ a good ‘content marketing‘ strategy.

In other words, you want to use your content to get in new fans and to keep existing fans happy.

But what kind of content can you publish? Here are some types of content you should be creating:
•Songs. This is the obvious one.
•Videos. Another obvious one.
•Blog posts to do with your music career. So what you’re working on, where you’ll be performing, asking fans for their opinions on things, etc.
•Blog posts related to your genre of music. You can get a lot of people finding out about you by publishing content related to your genre as a whole rather than just you as a musician. More on this later.

As mentioned, the majority of content should initially be going on your own website. This will help build your website up into a valuable asset, and one that will go a long way to getting new fans as well as keeping existing ones happy. If you haven’t yet made a site, you can see how to make one here.

4. Be More Than A Musician

Stand out from the crowd. This is a big one, so listen up. If you want to get as much exposure for your music as possible, you’ll really want to make yourself more than just a musician! What do I mean by this? Well, you want to do everything you can to get yourself out there and in front of a targeted audience. And by everything, I mean things that aren’t directly related to promoting yourself as a musician (but that will still get new targeted eyes to you and your music).

The good news for you is, not many musicians are doing this. This means there are a lot of opportunities out there if you use this tactic correctly.

Some ways you can do this include:

Talking About More Than Just Your Music On Your Site

Remember the above point about posting more content on your site? Well who’s to say that you have to talk about you all the time? By talking about other acts and your genre of music in general, not only do you have more content to share with your audience, but you’ll have more things which you can rank for in search engines. This will mean more traffic to your site in the long-run, as you’ll be using relevant terms which people will be searching for to find your kind of music. This strategy is definitely worth using, so get started with it asap!

Creating A Platform Related To Your Genre Of Music

This is something I’ve talked about and helped people do in the Full Time Musician course. So taking the above theory even further, why not create a website or podcast which you target at people who like your kind of music? This can be a music review podcast, a radio show which showcases your genre, or even a website which generally covers everything in your music scene. Furthermore, it could even be something not 100% related to your genre that a lot of people in your genre also like. So if you make music skateboarders often listen to, you may want to make a skateboarding site and play your music on the site and in the videos. You’ll also want to include a shop page where people can buy your music, and possibly even start selling skateboarder related merchandise with your logo on it.

Doing these kinds of things will get you in front of people you wouldn’t have otherwise, and allow you to showcase your music to new people who are largely interested in your genre.

Having a newsletter which people can join is one of the best ways to not only communicate with fans, but to also build up relationships with them and turn those relationships into profitable ones.

Once people visit your website, the last thing you want them to do is leave and never return again. This is where mailing lists come in!

If you can get people to sign up to your list before they leave, you’ll have their email address. From here you can communicate with them on a weekly basis, and remind them about you and your music. The following strategy on swapping their email address for a freebie works very well.

Dont make any weak moves. Ok, so this one is more of a tip of how not to promote your music. That said, focusing on not losing fans is just as important as gaining new fans.

If you can make good songs but also make the occasional dud, it’s important to know what to do with that dud song. Even if you’re spent money to record it, don’t use it. Don’t give it out to fans. Instead, put it in a deep folder in your computer that will never be found by anyone! This song will do you more harm than good, and work at chipping away at your reputation.

Similarly, when you’re starting to do well, it’s easy to want to scale up quick, or rinse and repeat what’s been working for you. This is a good idea, but only if you don’t let the quality of what you’re doing slide.

In general, you want to avoid doing anything that will have a negative impact on your reputation. You want people to think of you as one of the best musicians in your genre, and you want to give people who haven’t heard you before the best first impression. If you’re putting out weak songs though or weak artwork, a percentage of people will first hear you through that weak song, and possibly never give you another chance.

So keep everything you’re doing to a consistently high level, and people will regard you as a higher quality of musician.