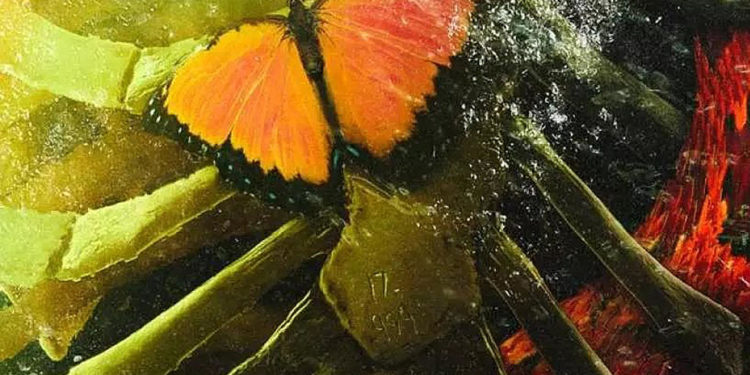 Just a little under two months ago, electro-pop singer Halsey delivered a gripping live rendition of Juice Wrld’s breakout single “Lucid Dreams.” Today (Jan. 8), the two officially link up on wax, and the result is pretty amazing.
The new release is actually a remix of Halsey’s “Without Me,” which is her first-ever single to top the Billboard Hot 100 chart. With themes of heartbreak and tender melody, the track is very much aligned with Juice’s biggest single to date, and he and Juice sound like they should really collab a whole lot more often.

Naturally, Halsey leads things off with the hook, singing about how a romance that’s come to an end—but not before she’s helped her former romantic partner level up.

“Tell me, how’s it feel sittin’ up there?/Feelin’ so high, but too far away to hold me/You know I’m the one who put you up there/Name in the sky, does it ever get lonely?” Halsey sings.

Leading up to his own verse, Juice Wrld chips in some melodic adlibs. From there, he lets loose one of his typically melancholic lyrics.

“So I’ll take what I can from you, then I’ll hide/And save the lucid dreams for another time/I still hate it when you’re not there/I know I should, I know I should, but no, I don’t care,” the 19-year-old Goodbye and Good Riddance artist belts out on the somber track.
Halsey’s “Without Me (Remix)” comes along with the launch of the pre-order for the vinyl edition of “Without Me.” You can pre-order that on Halsey’s official website.
Check out Halsey’s new version of “Without Me” for yourself just below.